Women at Sea: The Ladies Blakeley 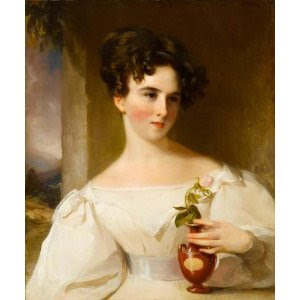 We've spoken before about the mostly forgotten lives of sailors' women. Whether they were impeccable ladies, ladies of questionable virtue or – most likely – something in between, they all shared the burden of not knowing exactly what was happening to the men they loved. The vast ocean was far more vast a scant 50 years ago, so imagining what it was like to receive only sporadic letters from a husband or son centuries before that is hard for us as moderns. That point is brought chillingly home by the lives of Jane Hoope Blakeley and her daughter Udney Maria.


Jane was born into the family of prosperous New York merchant John Hoope (or possibly Hooper according to Ancestry.com). Her exact date of birth or even birth order among her siblings is hard to pinpoint, but she was probably born some time in 1794. Since her father was relatively well to do, having profited rather than lost during the Revolutionary War, Jane would have had a liberal education. Though there is no documentation of it, other girls of her station in New York were known to attend day classes to learn deportment and read the classics. Certainly she would have been brought up to be skilled in home keeping and her family would have kept an eye out for a suitable match as she neared womanhood.

It is probable that Jane first met her future husband, U.S. Navy Lieutenant Johnston Blakeley, in 1808 or 1809. Lindley S. Butler in Pirates, Privateers, and Rebel Raiders of the Carolina Coast tells us that Mr. Hoope was a business associate and possible friend of Blakeley’s long deceased father John Blakeley. This would have given the young Lieutenant cause to call on the family while he was on the New York station under Captain John Rodgers.

By this time Blakeley was a veteran of the Barbary Wars with much to commend his service to his country. Though he had been orphaned young, his father had left him a decent estate and he had enrolled at the University of North Carolina to study law. A devastating warehouse fire ruined his fortune two years into his studies, and he entered the Navy as a mid in 1800. He was certainly handsome, with dark eyes and hair, and doubtless this eager 27 year old cut a dashing figure in his blue uniform.

With the War of 1812 in the offing, Blakeley sailed for New Orleans in command of USS Enterprise in March of 1811. This distracting cruise did not put young Jane out of his mind. He and Jane, who one observer called “a very interesting and amiable woman” exchanged letters while he was detained – to his utter chagrin – in the Mississippi due to an outbreak of yellow fever. When he returned to New York in July of 1813, he promptly transferred command of Enterprise, took command of US sloop of war Wasp, still under construction, and proposed to Jane Hoope.

The couple was married, probably in her parent’s home, some time in the fall or early winter of 1813. The time overseeing the construction of Wasp gave Blakeley the luxury of returning home to his new bride each evening. Whether or not the couple set up housekeeping is unknown and it may very well be that they did not have the time. Wasp set sail for the English Channel on May 1, 1814. Jane Hoope Blakeley was left behind and would only discover that she was pregnant with her first child after her dashing husband – now Master Commandant Blakeley – was well out to sea.

Blakeley’s cruise aboard Wasp was one of the most successful of the War of 1812. He wracked up British merchant prizes the way David Porter collected British whalers in the South Pacific. In June, Wasp met HMS Reindeer, a brig of 22 guns to her 32. The battle was joined after a chase that began before sunrise; within nineteen minutes Wasp’s heavier guns has reduced Reindeer to a bloody hulk. The damage was so bad that all of the surviving British sailors – including forty-two wounded – had to be transferred to Wasp. Though the American vessel suffered some damage as well, she was able to drop anchor at L’Orient, France and begin repairs.

Doubtless Jane eagerly read the news of her husband’s triumphs, which made headlines up and down the Atlantic Coast. Whether or not she received letters from him as she awaited the birth of their child is unknown. Blakeley was literally all over the map in and out of the Channel and his tactics probably allowed little time for haling a mail packet even if he had the good fortune to meet one.

Wasp had a major engagement with HMS Avon, this time near Gibraltar. Though Avon most probably sunk she and her crew was rescued by two British heavy frigates. Wasp hurried off, but shortly took the merchant Atalanta, whose fine lines and expensive cargo made her a prize too dear to sink or burn. Blakeley put a prize crew aboard her in September and sent her back to the U.S. He gave Midshipman Geisinger command and instructed him to inform their superiors that Wasp would herself be turning home in October.

Of course this prospect would not have been readily apparent to Jane Blakeley as she awaited the birth of her child. A cruise across the Atlantic could take six weeks or six months depending on the hardships – and in Blakeley’s case, prizes – encountered. One hopes that Jane, now about twenty years old, was not too taxed by worry when she gave birth to Johnston Blakeley’s daughter in January of 1815.

The girl was christened Udney Maria Blakeley and that mother and infant lived somewhere in New England is our only relative certainty about that time. It wasn’t until a year after Maria’s birth that Jane resolved herself to the fact that her sailor was not coming home. She petitioned Congress for a Navy pension and her plea was presented by Massachusetts representative Artemus Ward according to William Johnson who wrote about Johnston Blakeley in 1854. As Blakeley was considered a hero, it is not surprising that Jane was awarded not only a pension but a percentage of her husband’s prize moneys as well.

The North Carolina legislature also proposed to help Mrs. Blakeley, widow of one of their favorite sons. They offered her a silver sword and to “adopt” her daughter as their ward, thereby paying for her education. Jane graciously accepted the offer, writing that such kindness “… deprives me of all power to express what I feel on this occasion.” She then went on to humbly suggest that a silver tea service might be more in keeping with her daughter’s future pursuits than a ceremonial sword. North Carolina agreed and the engraved service, presented to Udney Maria Blakeley on her sixteenth birthday, is now in the North Carolina Museum of Art in Raleigh.

Despite the devastation of such a tragedy, life continued on. Jane remarried, to a doctor named Robert Abbott from St. Croix Island. She moved there and Maria joined her after finishing school in Philadelphia in 1828. The accomplished Maria fell for another local doctor; she married Joseph von Bretton in Christiansted, St. Croix in 1841. Sadly, Jane’s final tragedy would stem from this happy union. Maria died while giving birth to her first child, who also died, in March of 1842. Jane, Maria and the last of Johnston Blakeley’s line now rest on the island of St. Croix.

Header: Udney Maria Blakeley by Thomas Sully c 1830
Posted by Pauline at 9:53 AM

Ahoy, Pauline! That is a tragic and heroic tale, indeed.

As an aside, I think most of us are "something in between"...

Captain Blakeley will certainly need his own post here at some point, but I was struck by the many troubles that these ladies were visited by simply for love of a seafaring man.