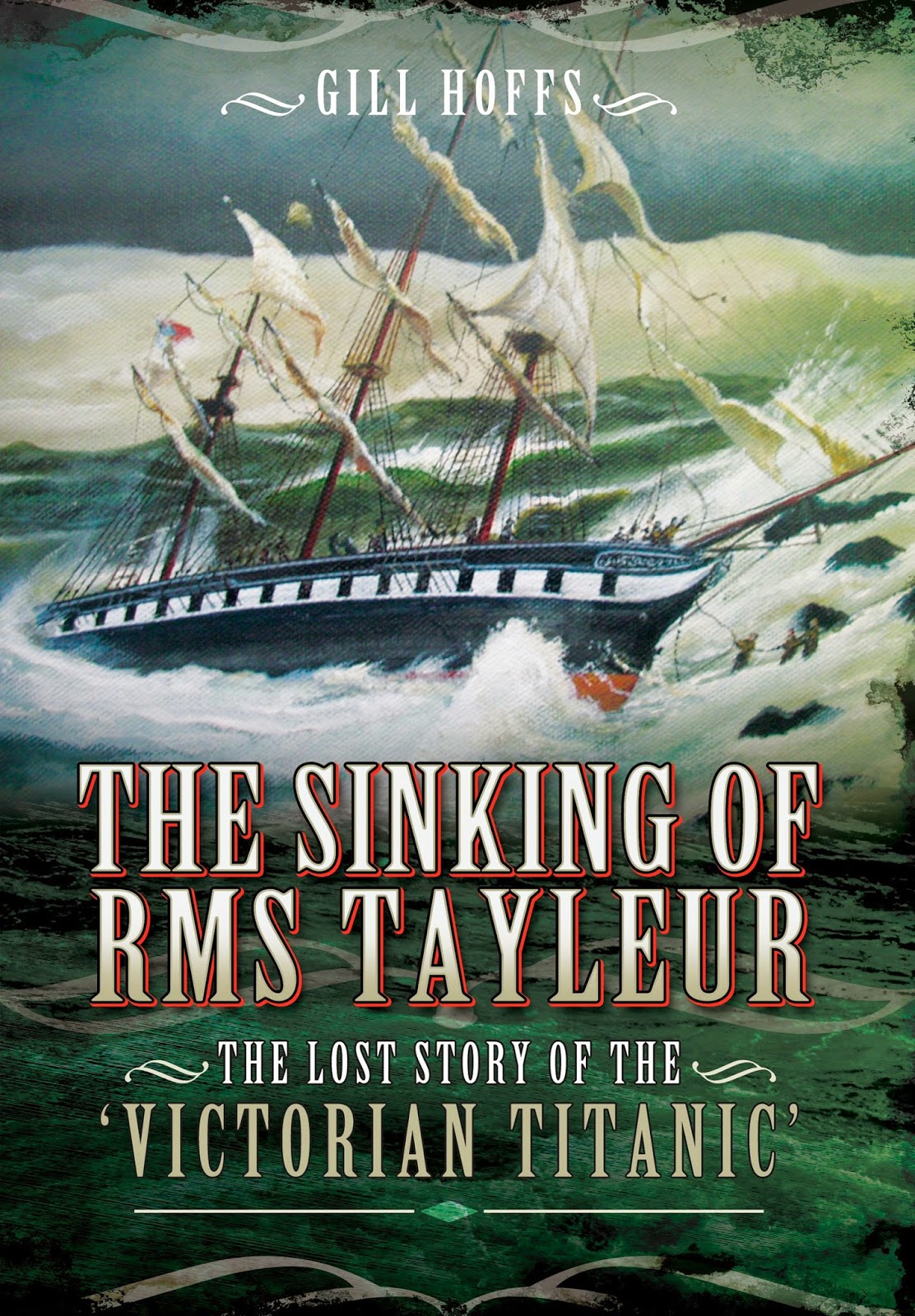 On Thursday the 11th, the U.S. Coast Guard published the findings of its inquiry into the sinking of the HMS Bounty off the Atlantic coast in October of 2012. According to the evidence available, the Coast Guard found the Captain and a too small, too green crew to be at fault. From the NBC News article:

Specifically, the choosing to navigate a vessel in insufficient material condition in close proximity to an approaching hurricane with an inexperienced crew was highlighted.

A similar situation occurred some 160 years ago in January of 1854 when the brand new iron clad merchant vessel named RMS Tayleur encountered foul weather on her voyage from Liverpool in England to the far away shores of Melbourne. In her new book, The Sinking of RMS Tayleur, author and psychologist Gill Hoffs tells the sad tale of the sinking of a "Victorian Titanic".

As Hoffs tells us, both candidly and engagingly, Tayleur had everything going for her on her maiden voyage. She was a massive vessel, 230 feet long and displacing over 1,700 tons. Her holds were 30 feet deep and she would carry 650 souls toward a new life in New South Wales. Her Captain, John Noble, was a veteran seaman with a laundry list of successful voyages and happy owners under his belt. No one seemed to doubt his capability to select a crew and run and tight ship.

No one bothered to scrutinize the fact that the crew of Tayleur had quite literally been foisted on Noble without his consent, or that the Captain himself had taken a horrible fall from one of Tayleur's masts only days before she was to get under weigh. The persistent hurry of her owners, specifically Pilkington and Wilson and collectively the White Star Line, to get her out onto the open sea overshadowed these issues. Along with the unfortunate havoc that Tayleur's iron hull was playing with her three compasses and the "patent rudder" - not built for a ship as fast and large as she was - that she shipped, anyone well versed in the art of sail would have wondered at her speedy launch.

Speedily launched she was, however. This to the utter calamity of all aboard her.

Hoffs walks us through the terrible tragedy of that January night when, after apparently steering in the wrong direction due to those ill-working compasses, Tayleur found herself in the middle of a frightening Irish Sea storm on a rocky lee shore with sails wide open to the brutal wind and her rudder unable to answer. The incompetent crew, despite help from more than one seaworthy passenger, could not rescue the ship from her fate. Captain Noble himself, seemingly dazed to unresponsiveness by consecutive sleepless nights, made no decisions at all. Precious moments ticked by as Tayleur inched toward her doom.

Her passengers panicked; men trampled women and women stumbled over children in a desperate attempt to save themselves. Some made it to land, only to cling to the cold, wet shore in desperation. 360 people, including most of the 70 crew members and the gallant, heroic ship's surgeon Robert Cunningham along with his wife and children, would go to their death in or around the wreck. Survivors spoke of seeing bloodied bodies in nightclothes sloshing on the surface of the water. Battered body parts, ripped apart by the force of waves and shore, would be found along the coast for weeks to come.

The sinking of this "unsinkable" iron clad sent shock waves through English society. In total, four inquiries were heard and it was found that the crew, and particularly the Captain of Tayleur - who himself had survived her demise - were at fault. The White Star line was also soundly castigated for rushing Tayleur to sea with a hold full of innocent lives. The company went bankrupt and was reinstated again only to produce another tragic vessel: RMS Titanic.

Hoffs telling of the sad story of RMS Tayleur is energetic and insightful. The author is at her best when she is painting vignettes of the people whose lives were effected by the mighty ship and its sinking. There is the sad Dr. Cunningham who lost one of his sons while trying to save him, returned to the ship for the other and lost him as well, all while his wife watched. Then there is the man transported for theft who returned to the mother of his child after ten long years. He married her and planned to take his family back to Australia where they would grow rich in the gold rush, only to see them all drown.

Her most intriguing point, however, and one that I have not been seen before, regards Captain Noble himself. Did his fall just before Tayleur's launch cause damage to his brain that did not have time to heal and was then exacerbated by long nights of stress on his ship's deck? Did this unfortunate chain of events lead an historically solid Captain to tragic decision making - or lack thereof?

Thoughts worth pondering just as much as the book is well worth reading. Find the book at Amazon or your local bookseller.

* I believe I have to add that Ms. Hoffs' publisher, Pen & Sword, provided me with a copy of  The Sinking of RMS Tayleur for the purposes of this review. Hopefully I did that right; I'm used to buying the books I review so this is quite the thrill.
Posted by Pauline at 3:23 PM 3 comments: 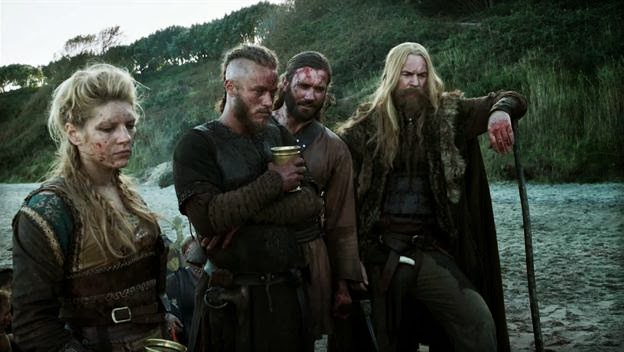 I don't usually wish I would soon be off to Europe but the new exhibition now open at the British Museum makes me long for a jet-setting trip to London. There I would explore all things Viking - an old Norse word meaning "pirate". I'd probably just sleep at the Museum; why miss a moment of so much history? If you'd care to see a wonderful video on the exhibition, and be briefly schooled in the fact that our Viking ancestors were "more than just hairy raiders", click here.

My thanks to the First Mate for the link and to The History Channel for Seasons 1 and 2 of "The Vikings" (picture above via THC). I'm sure all the Brethren are watching the show - now on Thursday evenings - and have a favorite character. Mine, you ask? No, not Ragnar's warrior first wife; it's the cheerfully sinister boat builder known as Floki. I love that guy!
Posted by Pauline at 2:45 PM 1 comment: