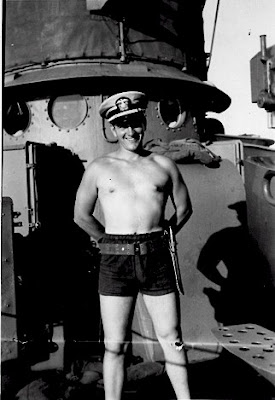 We've considered the superstitions of the sea before, on more than one occasion in fact. As we sail for the end of the year, a time on which many a superstition is based, let us examine just a few more sea-going beliefs. This time, because it’s something we’d all like to have in the coming year, we’ll look at the items that late 18th and early 19th century sailors assured themselves would bring good of fortune to them and to their ships.


One of the best good luck charms was not a thing but a person. Children aboard ship were thought to bring good weather and rich prizes. Perhaps this is one of the reasons young men – and occasionally women dressed as young men – were so welcome at sea. Even better than a kid you knew in passing, though, was a mess mate with a gold earring.

If no man with his ears decked out pirate style was available, and children were scarce, a piece of someone the sailor loved was thought to draw him back safely to that person. A lock of hair from mother, wife, lover or child was the best charm of all but sometimes nail clippings and even teeth were carried for good luck.

Animal relics were also popular. Rabbit’s feet had been considered lucky for centuries when sailors adopted them as a charm against the dreaded dead calm. A necklace of shark’s teeth was a powerful personal amulet, particularly if the sailor wearing it had killed the shark himself. The luckiest animal part of all was the horn of a unicorn; this was, in all cases, the front tooth of a male narwhal which grows through the whale’s head and has the appearance of a horn. This treasure had to be kept in tact but on display for it to have any efficacy for the ship and crew. The vignette in O’Brian’s Aubrey/Maturin novels wherein Stephen brings aboard a narwhal horn with all circumstance, only to have it broken by Jack’s steward Killick is still one of the most amusing – and quietly heartbreaking – pieces in the books.

Religious articles were popular as well. A Christian cross was highly esteemed as a lucky fetish and was one of the things that first hand accounts of pirates often note them wearing. Equal armed crosses, on the other hand, were shunned as bringers of ill weather. One exception on this note seems to be the privateers of Jean Laffite’s Galveston and South America. Equal armed crosses were popular symbols in Spanish Mexico and so silver crosses of this nature were often “found” and worn by men like Louis Aury and Dominique Youx. A St. Christopher medal, regardless of the sailor’s religious background, was considered lucky. Doubtless the image of the saint carrying the Christ child over troubled waters had a lot to do with that. An anchor medallion would also bring luck and any medal or statuary showing a saint holding an anchor was even better; St. Philomena, whose statue I treasure in my home, was particularly popular in the West Indies for instance.

Pocket pieces that still carry a certain power today include a lodestone and a found coin. The lodestone, with its magnetic properties, has always been considered magical and is seen as kin to those mysterious magnets that work the compass. Found coins are one of those things that delight from a very early age, and that lucky feeling a person has when they come across one is doubtless at least part of their popularity at sea. I personally carry three in my pocket whenever I go out on the water.

General good luck for ship and men could be had by nailing a used horseshoe to the mainmast or bowsprit. It is at sea that the belief in making sure that the horseshoe was nailed “upright”, in the form of a U, so that the luck could be “caught” within it, originated.

From ancient times, painting a set of eyes on the bow was considered mandatory for the safety of the ship. This belief morphed into the dragons on Viking ships and then the animal and human shapes of later figureheads. Either as an extension or from some separate belief, sailors sometimes had human eyes tattooed on their person. Some historians have speculated that this practice in turn led to the popular miniature paintings of the late 18th century known as “lover’s eyes”, which were tiny portraits of one of the person’s paramour’s eyes. If this is the case it would be a rare example of a “fashion”, so to say, working up the class ladder rather than down.

Pick your poison, mates; one charm is as good as another but a sailor has to find what works for him or her. Happy Friday, Brethren (a day, by the way, when you should never leave port – just a friendly warning).

Header: A WWII U.S. officer ready to hunt for his own shark tooth necklace via Navsource.org
Posted by Pauline at 9:40 AM

Ahoy, Pauline! As I like to say, I'd rather be lucky than good...

I can't think of a sailor that would argue with you there.

Some very interesting details, thanks. I've heard of many instances of captains taking their wives and children with them on their voyages. The historians I've read all assume this was just to "keep the family together," but perhaps they were deliberately trying to bring good fortune, as well. (Not that that helped poor Capt. Briggs of the "Mary Celeste"...)

I also find it curious that equal-armed crosses would be considered unlucky. I wonder if that's because they were associated with the ill-fated Templars?

Good points both, Undine. Women have a bad rep as far as sailor's superstitions but, if history is any indication, that is more of a Victorian issue than anything else. Many warrant officers also brought their wives and children along in men-of-war prior to the mid-19th century.

The Templar connection may have more to it than one would assume with regard to the equal armed cross. Especially when one considers that many of them were sailors as well as soldiers (along with the Knights of Malta who also used an equal armed cross as a symbol during the Crusades). More research there, I think.

Awesome post.Thanks For share this post with us. This jewellery reminds you of your dedication to your good friend. The benefit of getting a friendship bracelet is that each of you're whale tail bracelet expressing your dedication to 1 one other. Its impact is lasting. Later in life if you discover it, you may be reminded of your very long time friendship