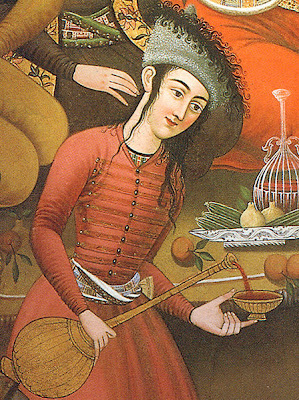 The life of Sayyida al-Hurra is difficult to discuss. So much of this lady’s life is unknown to us that the temptation is great to fill in the blanks with imagination and fiction. The Brethren know that’s not what I’m about; at least not for the purposes of Triple P. So I will give you the facts that are available and let you decide on the rest.


Sayyida al Hurra was born some time around 1485 in or near Granada, Spain. Her family, the Banu Rashid, was Moroccan and when Ferdinand and Isabella brought their war against the Moors to Andalusia, Sayyida and her family returned to Morocco. This was in the early 1490s; Sayyida settled in Chaouen (now Chefchaouen in northern Morocco) with her family. According to Fatima Mernissi’s biographical sketch of her in her book The Forgotten Queens of Islam, Sayyida had a happy childhood but was not allowed to forget the disgrace her family suffered in being ejected from Granada.

At the age of about 16, Sayyida was married to the Sultan al-Mandri of the city-state of Tetouan. He was thirty years her senior but clearly pleased with his young bride. He raised her to the status of his chief wife and looked to her for advice on matters of state. When he died in 1515, apparently leaving no male heir, Sayyida ascended to the position of Governor of Tetouan and took the title al-Hurra which denoted a woman wielding sovereignty over a state.

Around the time Sayyida became governor, Tetouan began trading with Spain and Portugal. The impetus for this move is unknown, but Tetouan did make money on the deal. Sayyida’s savvy leadership brought the attention of the King of Morocco, Ahmed al-Wattasi, who wooed Sayyida from his capital in Fez. When the two married, the King travelled to Tetouan for the ceremonies as Sayyida refused to give up her governorship.

At some point between the death of her first husband and 1520, Sayyida developed a hatred for the Portuguese. Looking for a way to avenge whatever slight had been perpetrated by them against her personally, her city-state or both, she contacted the famous corsair brothers known today as Barbarossa. Shortly after her meeting with them, Tetouan began amassing a fleet of galleys and attracting a group of Rais or pirate captains. Sayyida sent her flotilla out in 1520 with specific orders to sink, burn or take as prize any Portuguese ships they encountered. She took a great number of prisoners from this enterprise, making slaves of them and filling Tetouan’s treasury with money from ransoms.

For over twenty years, Sayyida al-Hurra was the “… undisputed leader of [the Islamic] pirates in the Westen Mediterranean”, terrorizing Christian shipping there while the Barbarossa brothers ruled the Eastern Mediterranean. Perhaps her most famous raid is documented, again according to Mernissi, in Spanish government papers dating from 1540. Sayyida’s pirates went ashore on Gibraltar taking both loot and prisoners and forcing the Spanish government to negotiate directly with the governor of Tetouan, Sayyida al-Hurra. Though it seems that she herself never boarded ship, she certainly led a maritime force to be reckoned with.

The pirate queen’s predations ceased in 1542 under a veil of some mystery. Mernissi speculates that a coup led by one of Sayyida’s sons-in-law overthrew her in that year. It appears that, after 27 years as sole governor of an important Moroccon city-state the lady who took on the mantel of al-Hurra was deposed and to a large degree forgotten. There seems to be no record of her later life or death.

Such a skeletal outline of what must have been a remarkably rich life is difficult for those interested in history to swallow, but it is all we have for now. Let us hope that more comes to light, and sooner rather than later, on the lady known as Sayyida al-Hurra

Header: Iranian Warrior woman, painting from between 1501 and 1722 via Skyscrapercity
Posted by Pauline at 9:23 AM

Ahoy, Pauline! An interesting and unusual story. Too bad we don't know more about her.

I love your post on these forgotten women. SUch interesting lives!

Thank you so much Isis; I appreciate it!

I might be new to your blog but so far is really good like what isis said about the forgotten women.but im glad someone can put then her out there and thank you im doing a report on her and you gave me alot of info

Thank you so much, Isaiah. Comments like yours make me wish I had more time to devote to Triple P.