History: A Surgeon Aboard Us 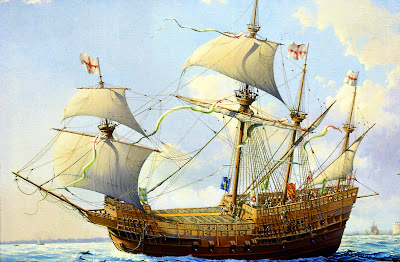 I thank the Lord Serapis that when I was in danger at sea he straightway saved me through the good grace and constancy of our doctor… ~ letter from Roman sailor Apion to his parents, Epimacus and Philadelphia circa 100 CE.


As the above snippet from a short letter home shows, doctors have been sailing aboard ships of all kinds for centuries. Because it was not until the Napoleonic Wars that shipboard doctors were routinely recognized as part of the standing crew, many historians have glossed over or completely ignored the history that led up to that acceptance. Fortunately, some modern writers have endeavored to set the record straight.

As noted by Kevin Brown in his entertaining history of seafaring medicine Poxed & Scurvied, it may have been the Greek poet Homer who first wrote of naval surgeons in his epic Iliad. Here he mentions Machaon and Polidalirus, the medical professionals who sailed with Agamemnon’s fleet when that king set out to start the Trojan War.

As Brown notes, it was during the Imperial days of Rome that doctors aboard ship began to really become a fixture. So much so, in fact, that Caesar Augustus included them in his regulations against doctors going into battle. There were also regulations during his reign that navy physicians be over the age of 21.

In the Medieval period, a barber who could double as a surgeon – essentially, let’s face it, a puller of teeth, stitcher of wounds and hacker-off of limbs – was regularly aboard the merchant vessels of the Cinque Ports and Hanseatic leagues. It may be that at least some of the surgeons who accompanied Christopher Columbus on his post-1492 cruises to the New World were also spies for Spain. In Empires of the Atlantic World J.H. Elliott notes that Ferdinand and particularly Isabella sought to control the unruly mariner by inserting their own intelligencer on his ship in the person of royal doctor Diego Alvares Chanca y Salazar.

True finesse in medicine at sea had already bloomed in the Mediterranean with the era of the Crusades. Here the Knight of Malta and their counterparts, the Knights Hospitaller, began fitting out ships as floating hospitals to treat sick and battle wounded in the 15th century. Though the ships were merchant vessels repurposed as sick berths, they were a decided innovation that probably saved more than a few lives.

It should be noted that the Knights of St. John, an arm first of the Hospitallers and then the Maltese, extended treatment for injury or illness to their Moslem galley slaves. Brown notes that these men were treated, along with Christian sailors, at the Sacra Infermeria in Valletta. Here, such attentions as food service on silver plates and large, breezy wards were denied to no one regardless of societal status, religion or country of origin.

A tremendous amount of information regarding medicine at sea has come from the excavation of Henry VIII’s favorite warship Mary Rose. Launched in 1511 and sunk in 1545, she appears to have gone down with her entire crew (including the intrepid ratter known as Hatch) and all goods aboard. Since 1982, the Mary Rose Project has been revealing her history and what they have found tells us a good bit about the surgeon aboard.

He seems to have occupied two cabins, one perhaps for his own use and the other for any assistants he may have had and/or examinations and surgery. He seems to have been doing a good job too for, as Brown notes, most of the crew of over 400 men “… were large-boned, strong, and fit …”

… copper alloy mortars, spoons, bandage rolls, pewter syringes for urethral irrigations in the treatment of gonorrhea and for the irrigation of wounds, wooden needles, spatulas, a maplewood feeding vessel, a leather wallet for storing instruments, ear scoops for cleaning out the ear, razors, a brass shaving bowl, and the handles of surgical instruments.

As Brown points out, the metal portions of those instruments have rusted away but they certainly included saws, forceps, probes, cautery irons and a trepan for removing parts of shattered skulls. The brutality of such necessary treatment is easily imagined, and thankfully avoided in this day and age.

Of course things were none too pleasant on the Spanish Main of a short 100 years later. Stephan Talty in Empire of Blue Water tells us that Henry Morgan shipped a surgeon on his raids of both Portobello and Panama City. Little good they seem to have done, however, as they turned up drunk and incapable on more then one occasion. Slap dash amputations by carpenters and careless cauterizations with swords led to gangrene and death, more often than not, in the humid heat of the jungle. Only the very strongest could survive the treatment, much less the injury.

The history of medicine at sea continues to fascinate on so many levels. To each their own, of course, but I always wonder how one would manage to remove a cataract aboard a sailing ship at sea around 1810. The thought that it could be – and was – done is just another example of how hardy and capable our ancestors really were.

Header: Mary Rose by Bill Bishop via The Mary Rose Project
Posted by Pauline at 9:40 AM

Ahoy, Pauline! I would presume that the larger the crew, the more likelihood that there would be a doctor on board.

I don't even want to think about having cataract surgery at sea, especially in those days...

You'd have to think that, generally speaking, that was the case before naval medical corps were established and regulated.

And really any surgery at sea seems dicey, but one you get into the eye or groin area - yikes!